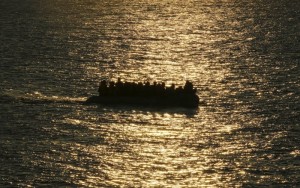 German magazine Der Spiegel reports that French officials have identified a third Paris terrorist as having entered Greece apparently from Syria and registering as a refugee.

Two attackers, Ahmad Almohammad and Mohammed al-Mahmoud, arrived on Leros on Oct. 3 and registered as refugees. From there, they were free to travel across the European Union and arrived in France some time later.

Der Spiegel says an unnamed third man took the same route and has been identified “on the basis of fingerprints and a Syrian passport.” Read more at Der Spiegel.