The Chaverim of Queens members appreciation dinner was held this past Wednesday night in Kew Gardens Hills at Yeshiva Central Queens. Chaverim of Queens was founded in memory of Mr Jack Friedman, who was synonymous with Tzedakah and chesed and who’s name lives on with the work that Chaverim does. Chaverim is a 100% volunteer organization which started in January 2008 with just 10 volunteers. Chaverim now has over a hundred volunteers who respond to a few thousand calls per year. A new app sponsored by Emanuel and Alex from East Coast Auto will enable the volunteers to be able to answer Chaverim calls quicker and more efficiently.

The dinner was held to show appreciation for the volunteers who go above and beyond the call of duty on a daily basis, to assist the Queens community.

At the dinner, Supervising Coordinator, Avi Cyperstein and co-founder of Chaverim, thanked the Friedman, Fried, and Mermelstein families for their ongoing support to Chaverim. Thanks to their dedication the volunteers of Chaverim can continue doing what they do best, helping others in need.

Elected officials who attended were NY State Senator Joseph Addabbo, NY State Assembly member Michael Simanowitz, and Councilman Rory Lancman, who all spoke of the tremendous impact that Chaverim has on the community. The elected officials were very impressed when they heard how many calls Chaverim has responded to.

Also present at the dinner was the new Commanding Officer (CO) from the 107th precinct, Scott Henry. He spent time with the members learning about Chaverim and how they assist many of the local residents of Queens. He was very impressed and hopes to maintain the strong relationship between Chaverim and the Police department.

It was an evening of acknowledgment, fun and recognition of the amazing efforts made by the members on a daily basis. In addition to acknowledging and appreciating the amazing work done by the volunteers on a daily basis, the Chaverim Community Service Award was presented to Moshe Verschleisser and Aryeh Edell followed by an inspiring speech made by Coordinator Moshe Vatch. The Chaverim leadership award was presented to Coordinator Eli Kreindler to acknowledge the work he does to help the organization run on a daily basis.
A good dinner would be nothing without a “good dinner” and food was graciously sponsored by Chaimy, Heshy and Ushy from Seasons, Chaim from Mechys, Gabriel from Soy Sauce and from Sushi Fussion. Rabbi Hammel and Rabbi Lonner from YCQ made the arrangements for Chaverim to make use of the YCQ dining room to host the event.

Comedian Mike Fine provided entertainment followed by some quick words of Chizuk by Rabbi Chaim Schwartz from the Vaad Harabonim of Queens and Rabbi Yaniv Meirov from Chazaq.

Chaverim of Queens is responding to more calls than ever and is actively seeking more volunteers as well as donations to cover the necessary equipment. 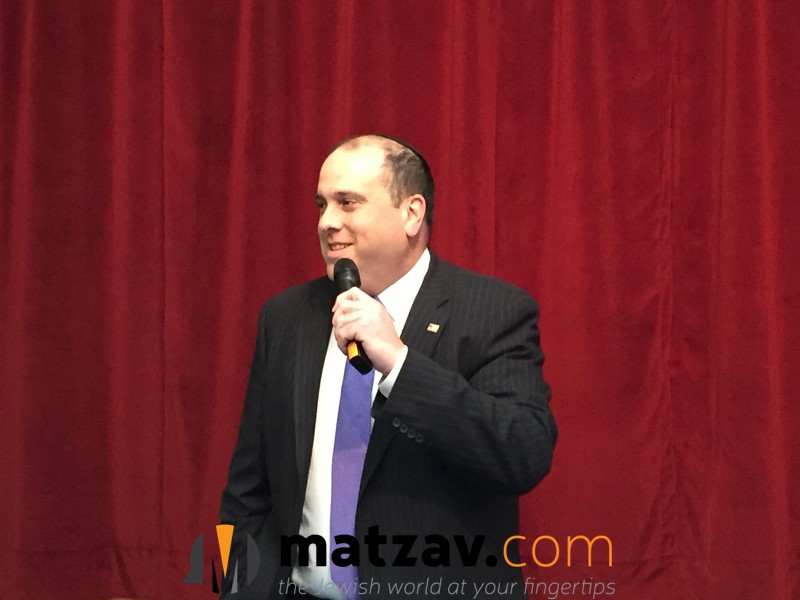 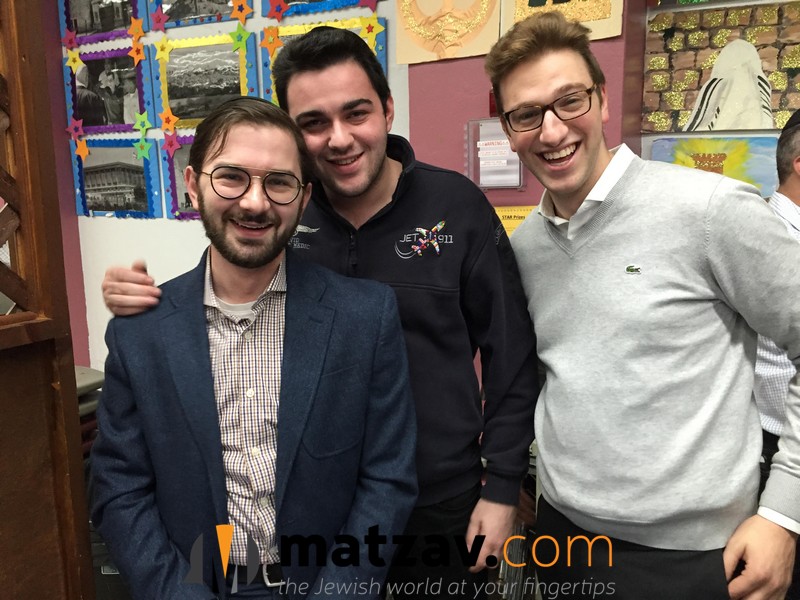 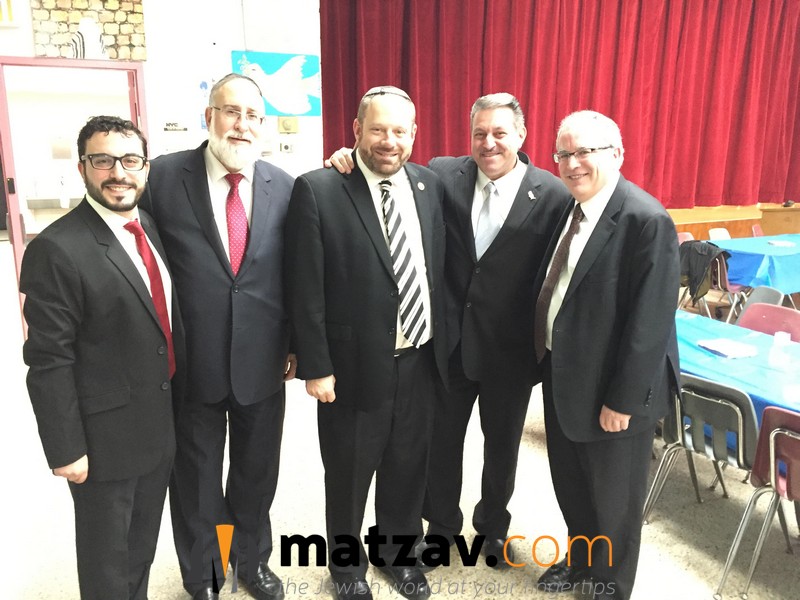