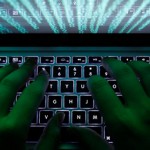 The US government filed indictments against three individuals on Tuesday on account of hacking into financial institutions and financial news sites. According to the indictment, the three committed what is described as the largest-ever cyber theft of customers’ personal information to have taken place in the US.

The Reuters News Agency reported that the three defendants – 2 Israelis and 1 US citizen – are being charged with 23 offenses, which include hacking into computers, security offenses, fraud, eavesdropping, identity theft and operating illegal gambling websites. The defendants had been involved in several fraud and hacking schemes in the past, including hacking into JP Morgan Chase’s computer system in 2014.

Last July it was reported that two of the hackers were arrested in Israel for allegedly committing stock manipulation in the American Stock Exchange, and were about to stand trial before being extradited to the US. The companies who fell victim to the two hackers’ acts are located, according to the reports, all across the United States.

The Bloomberg business website reported today that the hackers were part of a group that started operating in 2012. According to the report, they not only broke into the computer systems of financial institutions in the United States, but also established at least 75 companies through which they laundered their profits. The indictment stated that one of the defendants stole the personal information of more than 100 million customers.