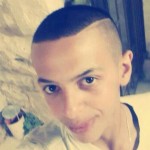 The Jerusalem District Court on Monday convicted two Israeli minors of kidnapping and burning alive a Palestinian teen last year during the escalating violence leading up to the 50-day Gaza war.

A third defendant, 31-year-old Yosef Chaim Ben-David, was found to have committed the crime, but the court delayed a conviction after his lawyers submitted a legal opinion about his sanity.

Ben-David, from the Adam settlement in the West Bank, was viewed as the ringleader.

Mohammed Abu Khdeir, 16, was kidnapped and burned to death on July 2, 2014—weeks after the kidnap and murder of three Israeli teenagers in the West Bank.
Read it at The Jerusalem Post.