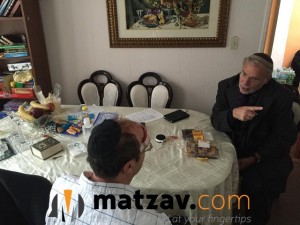 [Updated] The frum community was relieved to hear that two males were arrested for an anti-Semitic assault and robbery of a 60-year-old Jewish man on Avenue M in Midwood earlier this week.

“I want to thank the NYPD 66th Precinct and the Shomrim for their around-the-clock work regarding this matter,” Assemblyman Dov Hikind said. 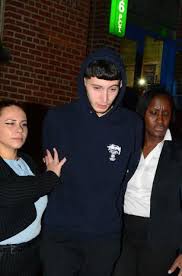 The two suspects followed the victim as he was walking home at 1:00 a.m. Monday morning. The perpetrators viciously punched the Jewish man several times in the head before taking his wallet and iPhone, and then continued to pummel the 60-year-old. The suspects then fled the scene in a car shortly thereafter.

“I’m shocked at the maliciousness of these young adults,” Hikind said. “We need to do everything in our power to keep our community safe and aware of our surroundings. I look forward to the sentencing of these criminals for such heinous crimes.”

Assemblyman Hikind, who has constantly supported an increase in surveillance cameras throughout the neighborhood, urged the community to adopt more surveillance video in response to the recent spate of criminal activity.

“Whether it be personal video surveillance or state instituted, we need cameras on every street,” Hikind said. “It’s another measure of keeping us safe. They make all the difference in the world.”

A plethora of disturbing attacks on Jews recently, like the attack on a 17-year-old yeshiva student less than 24 hours after the incident on M Avenue, prompted Hikind to issue a video response.

In a statement, the Flatbush Jewish Community Coalition said, “We commend the NYPD for the swift investigation and arrest of two suspects who are responsible for the vicious attack this past Tuesday morning at Ave. M and East 8 st.  Thanks to the 66 Precinct detectives who worked non stop to solve this crime.  Thanks to Chief Steven Powers of Patrol Borough Brooklyn South, Chief of Detectives Patrick Conry, Chief Eric Rodriguez, Captain Kenneth Quick and Lieutenant Yitzy (Ira) Jablonsky for their leadership and professionalism protecting our community.  The FJCC appreciates Chief Powers personally confirming that the right suspects are in custody.”

1010 WINS NEW YORK is reporting: Two suspects were charged late Thursday in the violent robbery of a man in Midwood, Brooklyn earlier this week.

Eldin Sabovic, 17, and Baskim Huseinovic, 19, both of Brooklyn, were each charged with robbery in the attack early Monday morning.

As first reported by Matzav.com, the robbery took place at around 12:48 a.m. Monday at Avenue M near East 8th Street.

Surveillance video shows the victim, a 60-year-old man, Eli Weinstein, pictured above with Assemblyman Dov Hikind (D-Brooklyn), being punched and knocked headlong into a parked car. He sprawls on the ground and his attacker punches him three more times.

A second man runs up and the two then rifle through the victim’s pockets. The two ran off with his wallet and cell phone, police said.

“He had no clue. He was in absolute shock,” Hikind said on Monday. “The way he was attacked physically – hit, hit again in his head — just an absolute horror.”

The attack was recorded by Ariel Kohan’s home security camera at 811 Avenue M.

“It’s scary that something like this can happen in this area,” Kohan said.

Hikind met with the battered victim, who was robbed of his cellphone and cash and needed more than 70 stitches to his head.

On Thursday, Hikind expressed relief that the suspects were caught, but shock at the brazen violence.

“I’m shocked at the maliciousness of these young adults,” Hikind said in a news release. “We need to do everything in our power to keep our community safe and aware of our surroundings. I look forward to the sentencing of these criminals for such heinous crimes.”

Hikind called for the Midwood community to encourage the use of more surveillance cameras.

“Whether it be personal video surveillance or state instituted, we need cameras on every street,” Hikind said in the release. “It’s another measure of keeping us safe. They make all the difference in the world.”