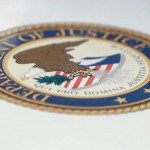 A 19-year-old in Harrisburg, Pennsylvania has been charged with providing material support to ISIS on Thursday. Jalil Ibn Ameer Aziz was charged with a two-count criminal complaint.

“According to the allegations in the complaint, Jalil Ibn Ameer Aziz conspired to provide and attempted to provide material support to ISIL by propagating their hateful rhetoric on social media and aiding individuals in their pursuit of traveling overseas to join the designated foreign terrorist organization,” said Assistant Attorney General for National Security General Carlin. “A prior physical search of Aziz’s residence also revealed a tactical-style backpack in his closet, which contained high-capacity weapons magazines, ammunition, a knife, and other survival items.  The National Security Division’s highest priority is counterterrorism, and we will remain vigilant in our efforts to hold accountable any and all those who seek to provide material support to terrorists, and to disrupt potential attacks in the United States before they happen.” Read more at Fox29.