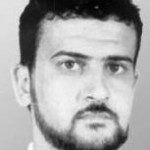 U.S. forces captured Abu Anas el-Liby, an al Qaeda leader linked to the 1998 bombings of American embassies in Kenya and Tanzania, in a joint mission by the military, the C.I.A. and the F.B.I., officials said yesterday.

The capture mission involved a fierce firefight that left 15 Libyan soldiers dead at a checkpoint near Tripoli, where Abu Anas was eventually taken alive. He is now in American custody, and officials said he will be brought to the U.S. for trial.

Abu Aban was one of the government’s most-wanted fugitives; over the course of a 15-year manhunt, the U.S. offered as much as $5 million for information leading to his arrest. Read more at The New York Times.