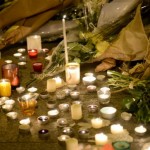 French leaders are vowing to “destroy” the Islamic State in Iraq and Syria (ISIS), a day after a wave of violence in Paris on Friday night that the terror group has claimed credit for.

“We are at war, and because we are at war we are taking exceptional measures,” French Prime Minister Manuel Valls said Saturday night, according to the Associated Press.

“We will strike this enemy to destroy him. In France and in Europe, we’ll chase the authors of this act, and also in Syria and Iraq. We will win this war,” Valls added.

The attacks were “committed by a terrorist army, the Islamic State group, a jihadist army, against France, against the values that we defend everywhere in the world, against what we are: A free country that means something to the whole planet,” French President Francois Hollande said earlier Saturday.

France “will be merciless toward the barbarians of Islamic State group” and “will act by all means anywhere, inside or outside the country,” he added.

Paris Prosecutor François Molins said there were at least 129 deaths, as well as 352 injured, with at least 99 in critical condition.

Seven terrorists are among the dead.

There were 89 killed just in the attack at the Bataclan concert hall, Molins said, adding that the attackers there mentioned Syria and Iraq during the incident.

Molins said one of the Bataclan attackers was born in France.

He noted that an attacker at the stadium who was found with a Syrian passport on his body was not known to French intelligence services.

Authorities in Belgium made at least three arrests linked to the Paris attacks, a spokesman for Belgium’s federal prosecutor’s office told the AP.

The arrests came after a car with Belgian license plates was seen near the Bataclan on Friday.

Hollande declared three days of national mourning, and said France would stay in a nationwide state of emergency.

ISIS took credit for the attack, releasing a statement calling it a “blessed battle” targeting “the capital of prostitution and vice, the lead carrier of the cross in Europe — Paris.”

“The stench of death will not leave their noses as long as they remain at the forefront of the Crusaders’ campaign, dare to curse our prophet, boast of a war on Islam in France, and strike Muslims in the lands of the caliphate with warplanes that were of no use to them in the streets and rotten alleys of Paris,” ISIS said.

France has been actively involved in the multinational airstrikes targeting ISIS-held territory in Iraq and Syria.

The White House promised Friday to help France track down the terrorists responsible for the attack.

“We’re going to do whatever it takes to work with the French people and with nations around the world to bring these terrorists to justice, and to go after any terrorist networks that go after our people,” President Obama said in a brief statement Friday night.

In a phone call with Hollande later in the evening, Obama “reaffirmed the offer of any necessary support to the French investigation.”

After a meeting of the National Security Council (NSC) on Saturday, the White House announced there is “no specific or credible threat to the United States” in light of Friday’s attack.

The NSC also concluded that there is “no information to contradict the initiative French assessment of ISIL’s responsibility” for the attack, using the White House’s preferred acronym for the Islamic state.

Obama, the White House said, “reaffirmed that his team will remain in close contact with their French counterparts to be ready to provide any necessary assistance to French authorities as part of the investigation.”

Vice President Joe Biden said that “as we learn all of the details of what’s happened, the United States stands ready to support the French government and the people of Paris.”

“Those of us who can must do everything in our power to fight back against what can only be considered an assault on our common humanity,” he added.

The Bataclan concert hall was the epicenter of Friday night’s attacks, where at least 80 hostages were reported to have been killed before a raid by French security forces killed three gunmen, according to reports.

Gunmen killed more than 30 people at two restaurants in the city, and at least six more on the streets.

Separately, at least two explosion could be heard near Paris’ soccer stadium during a match between France and Germany. The explosion seemed to have been a suicide bomb, according to multiple reports. Hollande was attending the match but was rushed away.

Hollande took the unprecedented step of closing the French borders in response to the attack. He mobilized up to 1,500 soldiers to back up Paris police, and declared a state of emergence around the country.

It is believed that all eight of the attackers died in the attack, and officials are working to identify them.

A Syrian passport was discovered on the body of the one of the bombers outside the soccer stadium, the AP reported, and one of the suspected attackers at the concert hall may be French, according to Agence France-Presse.