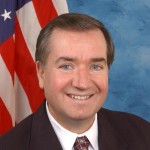 A total of 369 members of the U.S. House of Representatives (out of 435) signed a letter calling on Palestinian Authority President Mahmoud Abbas to end incitement and inflammatory remarks about Israel that undermine peace.

The letter, spearheaded by Foreign Affairs Committee Chairman Rep. Ed Royce (R-Calif.) and Ranking Member Rep. Eliot Engel (D-N.Y.), says that “unless immediate action is taken to end incitement and bring the situation under control, this escalating violence— including stabbings, shootings and other terrorist acts—will undermine the prospects of a two-state solution.”

Additionally, the letter calls out Abbas and the Palestinian media, who have “undoubtable served to inflame the current situation,” citing false claims they made about Israel changing the status quo on the Temple Mount or executing a teenage Palestinian terrorist who was actually being treated in an Israeli hospital.

“AIPAC applauds the bipartisan group of 369 representatives who publicly called on Palestinian Authority President Mahmoud Abbas to repudiate violence and end incitement against innocent Israeli citizens,” the American Israel Public Affairs Committee (AIPAC) said in a statement in support of the letter.