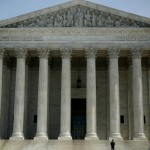 The newly released study, conducted by the American Council of Trustees and Alumni, found that college grads “are alarmingly ignorant of America’s history and heritage,” including a majority unable to identify the requirement for Congress to ratify constitutional amendments. Read more at CNN.