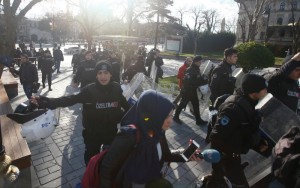 Officials have said most of the victims were tourists. Turkish police have sealed off a square popular with tourists, where rescue workers say the casualty numbers are expected to climb.

The Sultanahmet district is a historic area that includes the Topkapi Palace, Hagia Sophia museum, and Blue Mosque.

The New York Times reported that six Germans, one Norwegian and one Peruvian were injured, causing concerns about the ripple effect on the tourism industry.

Several foreign offices also issued statements warning their citizens to stay away from public spaces in Istanbul. Read more at The Guardian.