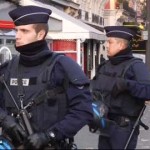 Details are emerging about how several teams of armed men staged a series of coordinated attacks in Paris that left at least 129 dead and hundreds more injured in the worst attack in France since World War II.

French President Francois Hollande said Friday night’s attacks in Paris were “an act of war” organised from abroad by Islamic State of Iraq and the Levant (ISIL) group with internal help.

“France will not show any pity against the barbaric acts by ISIL,” he said.

A statement purportedly issued by ISIL claimed responsibility for the attack today and warned of more violence, but Prime Minister Manuel Valls said France will pursue its intervention in Syria with the aim of striking the armed group.
Valls told TF1 television the government also planned to extend a state of emergency imposed across France after the attacks, giving authorities expanded resources to combat what he called “a very well organised” enemy.

Paris Prosecutor Francois Molins said at a press conference on Saturday night that three teams of “terrorists” had struck seven times in the French capital on Friday night and that at least one of the attackers had been holding a Syrian passport.

Seven attackers were killed during the incidents, he said.

“We can say at this stage of the investigation there was probably three coordinated teams of terrorists behind this barbaric act,” he said.

He also confirmed that French authorities had a security file on one of the attackers, who had a criminal record, but had never spent time in jail.

At least three suspects were arrested in the Belgian capital, Brussels, in relation to the attacks, Molins confirmed. He said the individuals were not known to French authorities.

The coordinated assaults came as France, a member of the US-led coalition waging air strikes against ISIL fighters in Syria and Iraq, was on high alert for attacks ahead of a global climate conference due to open later this month.

The deadliest attack was on the Bataclan, a popular concert venue where a Californian rock group, Eagles of Death Metal, was performing.

The concert hall is just a few hundred metres from the former offices of the satirical weekly Charlie Hebdo, target of a deadly attack in January.

In near simultaneous attacks, three suicide bombs targeted spots around the national Stade de France stadium, north of the capital, where Hollande was watching an exhibition football match between France and Germany.

Around the same time, attackers targeted a string of cafes in a trendy Paris neighbourhood, which were crowded on an unusually balmy November night.

Molins said that, “a Syrian passport in the name of a person born in Syria in September 1990 was found near a suicide bomber who blew himself up at the Stade de France”.

A Greek government minister said earlier on Saturday that the name on a Syrian passport found at the site of one of the attacks was that of an asylum seeker who registered on a Greek island in October.

The attacks are expected to raise questions throughout Europe about the region’s refugee crisis, which has seen hundreds of thousands of refugees from Syria and other nations crossing through the continent’s borders this year.

Molins said that authorities were examining the veracity of statements purportedly made by ISIL that claimed responsibility for the attacks.

ISIL said that its fighters strapped with suicide bombing belts and carrying machine guns carried out the attacks in various locations which had been carefully studied.

In a video, ISIL called on Muslims to attack France.

“As long as you keep bombing you will not live in peace. You will even fear travelling to the market,” said an Arabic-speaking man, flanked by others.

Syrian President Bashar al-Assad said that France and other Western nations were at least partly responsible for the attacks, criticising Holland for turning a blind eye to its allies which supported anti-regime groups in Syria.

Alain Gresh, editor of the French Le Monde Diplomatique magazine, told Al Jazeera that he expected critics to start speaking out publicly about France’s foreign policies after a day or two of national mourning.

“I think after one or two days, the criticism will begin,” he said.

“We have been in this war against terror for years and years and [yet] we have more terror – this is a real problem.”

Leave a Reply to Hashem should help Cancel reply