“I want Americans to realize that what is called a ‘settlement’` is really a beautiful modern city.”

That was the message that former Arkansas governor and presidential candidate Mike Huckabee reiterated throughout his visit to Maale Adumim, a large community in the Judean Hills outside Yerushalayim. Governor Huckabee visited the city – which is over the Green Line and considered. “occupied territory” by much of the international community – as part of the “U.S.-Israel Business Alliance” mission organized by the Orthodox Jewish Chamber of Commerce and its Executive Public Policy Committee: Dr. Joseph Frager, Dr. Paul Brody, Odeleya Jacobs and Duvi Honig.

Mayor Benny Kasriel and other Maale Adumim leaders took the dozens of mission participants and members of the media on a tour of the city, stopping for lunch at a chic café located in the Moshe Castel Museum of Art. With a panoramic view of the surrounding territory, Mayor Kasriel disputed the claims of the international community that Maale Adumim and its potential growth would prevent the establishment of a Palestinian state, were there to ever be one.

One of the oldest and largest settlements, and close to the Green Line, Maale Adumim has been a major flashpoint. For over seven years, the sprawling city of 41,000 residents saw development completely frozen after outgoing U.S. President Barack Obama warned Prime Minister Benjamin Netanyahu that Israel cannot add “one more brick” to the community.

In clear defiance of this edict, Mayor Casriel, Governor Huckabee and the Jewish Chamber delegation made their way to the outskirts of the city with a bird’s eye view of both Maale Adumim and the vast surrounding Judean hills. The stage was emblazoned with a red banner with the words “Build Israel Great Again,” a play on the famous “Make America Great Again” slogan of incoming U.S. President Donald Trump. Red and white “Build Israel Great Again” caps were distributed to Governor Huckabee and mission participants, who were all too eager to wear them.

The group was there to, no less, lay the marker for a new Maale Adumim neighborhood to be built, which would meet the pent-up demand due to natural growth and the need for affordable housing in the Yerushalayim region. Governor Huckabee, a close friend and ally of President Elect Trump, said that he expects the Trump administration policy towards Israel and residence in Judea and Samaria to be “dramatically different” than the Obama administration’s hostile posture. Mayor Casriel was similarly hopeful.

Governor Huckabee stressed the beauty, vibrancy and modernity of Maale Adumim and other settlements, pointing out that Maale Adumim has roughly five times the population of the Arkansas town he was raised. He prefers “community” or “city” to the word “settlement,” as does he eschew usage of “occupation” and “West Bank.” (He prefers calling the land Judea and Samaria.) Surrounded by scores of major media cameras and microphones, Governor Huckabee blasted the recent UN resolution designation Israeli settlement of Judea, Samaria and East Jerusalem as illegitimate – especially as the world body all but ignored the atrocities of terrorist nations and dictatorships. “There is something wrong when the world is more concerned about building bathrooms for these children than Iran building bombs to kill them,” he exclaimed.

The governor proudly waved his “Build Israel Great Again” cap on stage, promising to send one to Mr. Trump. Mayor Casriel, Governor Huckabee and the Jewish Chamber delegation then planted an olive tree in the new neighborhood and placed a vessel with the founding document of the new neighborhood in the ground. Mayor Casriel presented Governor Huckabee with a key to the city and presented each participant at the event with a glass bottle of quality olive oil grown produced in Maale Adumim from locally grown olives.

Mayor Kasriel expressed optimism that construction of the new neighborhood will begin in relatively short order. “Those who were born and raised in Maale Adumim want to live here when they get married. This is their community,” he said.

Following the Maale Adumim visit, the Governor Huckabee and other members of the U.S.-Israel Business Alliance mission visited the small settlement of Amona, atop a windy road on Har Chatzor, near Efrat. The neighborhood of forty families has been the focus of much attention and controversy. The Israeli Supreme Court ruled that it is illegal and the neighborhood is slated for demolition in just over a month.

The delegation was welcomed into the home of an Amona resident, where several locals explained the history and unique struggle of their neighborhood. Governor Huckabee listened intently as the residents shared details of their longstanding battle for survival and their trepidation at the impending demolishment of their decades long homes. They explained that the neighborhood has enormous symbolic value for the legitimacy of Jewish settlement throughout Judea and Samaria. Should the demolition go ahead as planned, the repercussions would be felt well beyond Amona.

The residents pleaded with the governor to share their plight with President Elect Trump. They hope that with a more supportive U.S. administration, it is more likely that the Israeli government would accommodate them and enable them to stay there. Governor Huckabee reiterated his belief in the Jewish connection to Judea and Samaria. “Jews should not be strangers in their own land,” he said. 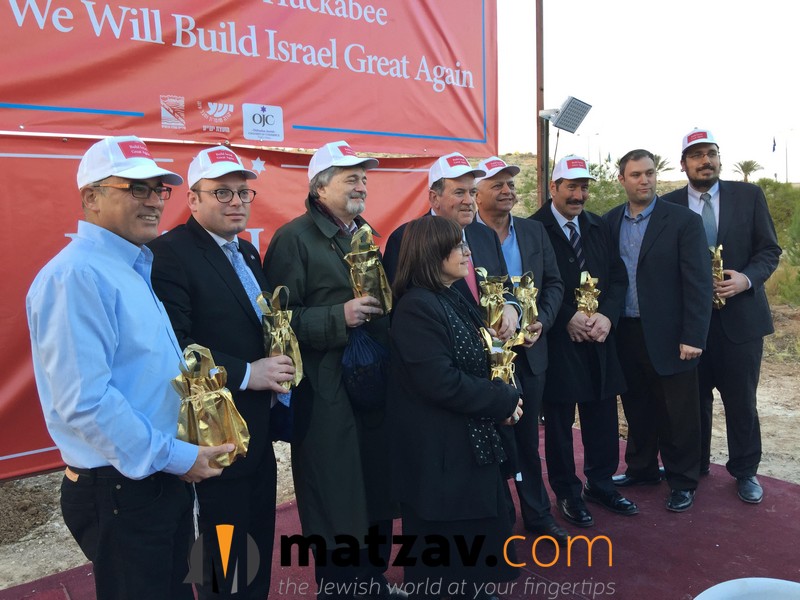 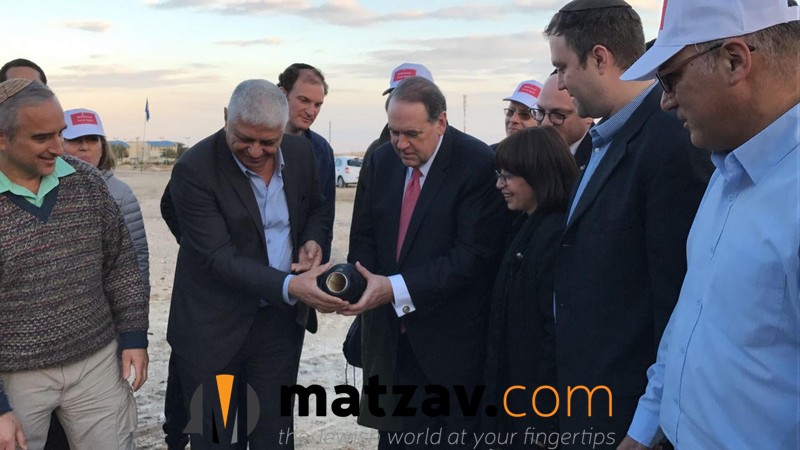