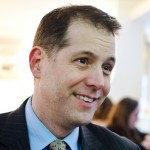 This madness must end.

By any definition, the current spate of mass shootings qualifies as a national crisis. Yet the NRA and the politicians they control in Congress refuse to act. No other country has the number of mass shootings and gun deaths that we have in America. Because of easy access to guns, no other country comes close to the number of civilian-owned firearms in the United States. But no one should think that we are powerless to stop the spiraling carnage around us.

We must restore the ban on assault weapons and large-capacity clips.  We need to tighten background check requirements so that guns don’t get into the wrong hands. Our national security demands that prospective terrorists be barred from purchasing assault weapons and other guns. And lax gun laws that lead to firearms flooding our streets and killing our civilians and brave police officers, must be strengthened.

If you agree that the senseless killing must stop and that Congress must act, then reach out to everyone you know–locally and around the nation–and urge them to call their representative today to demand they support common sense gun laws.

Leave a Reply to The Commish Cancel reply