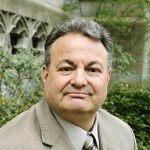 “It is a historical fact that the Grand Mufti of Jerusalem al-Hajj Amin al-Husaini was an accomplice whose collaboration with Adolf Hitler played an important role in the Holocaust,” Schwanitz stated. “He was the foremost extra-European adviser in the process to destroy the Jews of Europe.”

Schwanitz noted the Mufti’s role in his book, Nazis, Islamists, and the Making of the Modern Middle East, in which he contended that Hitler’s orders to prepare for the Holocaust directly followed a meeting between the two.

Husseini additionally noted that “since any European Jews let out of Europe might later go to Palestine, al-Husaini made it clear that if Hitler wanted Muslims and Arabs as allies he must close Europe’s exits to Jews.”

“At the same time, al-Husaini and Arab rulers also told Britain that if it wanted to keep Arabs and Muslims from being enemies, it must close entrance to Palestine to all Jews. By succeeding on both fronts, al-Husaini contributed to the Holocaust doubly, directly, and from the start.” Read more at Arutz Sheva.