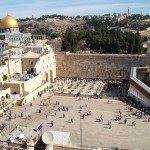 Jewish groups around the globe roundly condemned a proposal introduced by six Arab countries at the U.N.’s cultural arm that would strip Israel’s cultural and historic ties from the Kosel plaza.

Senior officials at the Simon Wiesenthal Center held a conference call with UNESCO’s director-general,the Bulgarian diplomat Irina Bokova, who had already condemned the incendiary nature of the Arab proposal.

Israel’s Foreign Ministry vowed on Monday to stop what it called the Arab countries’ “underhanded maneuver” at UNESCO.

Rabbis Marvin Hier and Abraham Cooper of the Wiesenthal Center said “This is a redline for the entire world’s Jewish community. It is an affront to all Jews, left and right, secular and religious, and an attack on Judaism. If such a resolution would be approved it would certainly increase the violence in Jerusalem and destroy any prospects for peace in the Middle East.”

“Declaring the Western Wall a Palestinian site would be like turning over Mount Sinai to ISIS,” Rabbi Hier told Bokova in a comment likely directed at Egypt, one of the Arab countries that introduced the resolution.

Abbas is “shamelessly seeking to undermine truth, change the status quo, add to an already volatile situation that he irresponsibly created, and thereby once again set back the quest for peace and coexistence,” he said. “We urge UNESCO Executive Board member states to do the right and responsible thing — reject this naked assault on historical fact and brazen effort to strip the Jewish people of the age-old link to our most sacred site, the Western Wall.”

World Jewish Congress President Ronald S. Lauder on Tuesday called the resolution a “travesty” and warned UNESCO against exacerbating tensions in Israel, which has lately been convulsed by terrorist attacks.

Ahead of a vote by the UNESCO Executive Council later this week, Lauder said the proposal “goes in the face of the UNESCO Constitution, which very clearly states the organization’s aim to contribute to peace and security by promoting collaboration and coexistence. It would make a mockery of that founding principle if the UNESCO Executive Council were to back such a resolution. UNESCO must not be turned into a battleground for conflicts between religions.”

The Anti-Defamation League urged all 58 members of UNESCO’s executive board to reject the resolution, warning it threatened to exacerbate tensions.

ADL chief executive, Jonathan Greenblatt, said: “We call on the members of UNESCO’s Executive Board to exercise responsible leadership and reject this resolution, particularly at this time when Israeli civilians are being attacked on the streets by young Muslims who have been inspired and incited by blatant misinformation about Israeli policies towards holy sites.”

And in Europe, Chief Rabbi Pinchas Goldschmidt, president of the Conference of European Rabbis, called the resolution absurd.

“It is an historical fact that the Western Wall is a part of Herod’s Temple and so for it to be suggested that the Western Wall has overnight ceased to become of Jewish significance after millennia of Jewish observance is ridiculous and simply not plausible. Common sense must prevail so that Jews across the world are able to continue to visit our holiest site,” he said.

Nathan Diament, Orthodox Union Public Policy executive director, said “This shameful resolution completely ignores the historical connection of the Jewish people to Jerusalem and this particular site—the site of the ancient Holy Temple—which dates back more than 2,000 years. In addition, this resolution is a brazen attempt to rewrite history, and will further inflame the ongoing wave of violence and terrorism against Israeli citizens. We call upon the international community to recognize this resolution for the absurdity that it is.”