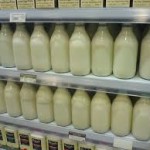 Whether this massive shift in eating habits has made anyone healthier is an open question among scientists, however. In fact, research published in recent years indicates that the opposite might be true: millions might have been better off had they stuck with whole milk.

Scientists who tallied diet and health records for several thousand patients over ten years found, for example, that contrary to the government advice, people who consumed more milk fat had lower incidence of heart disease.

By warning people against full-fat dairy foods, the United States is “losing a huge opportunity for the prevention of disease,” said Marcia Otto, an assistant professor of epidemiology at the University of Texas and the lead author of large studies published in 2012 and 2013, which were funded by government and academic institutions, not the industry. “What we have learned over the last decade is that certain foods that are high in fat seem to be beneficial.”

This year, as the “Dietary Guidelines for Americans” undergoes one of its periodic updates, the federal bureaucrats writing them must confront what may be the most controversial and weighty question in all of nutrition: does the consumption of so-called saturated fats — the ones characteristic of meat and dairy products — contribute to heart disease?

It is, without doubt, an important question. Heart disease is the leading cause of mortality in the United States, and the federal government has long blamed saturated fats.

But the idea that spurning saturated fat will, by itself, make people healthier has never been fully proven, and in recent years repeated clinical trials and large-scale observational studies have produced evidence to the contrary.

This shift in understanding has led to accusations that the Dietary Guidelines harmed those people who for years avoided fats — as instructed — and loaded up excessively on the carbohydrates in foods such as breads, cookies and cakes that were marketed as “low fat.”

It also has raised questions about the scientific foundations of the government’s diet advice: To what extent did the federal government, and the diet scientists they relied upon, go wrong? When the evidence is incomplete on a dietary question, should the government refrain from making recommendations?

The dietary science has drawn the skepticism of some on Capitol Hill. On Wednesday, a House committee will air concerns regarding the evidence for the guidelines with Agriculture Secretary Tom Vilsack and Health and Human Services Secretary Sylvia Burwell.

The Dietary Guidelines have stepped back slightly from their blanket advice to reduce saturated fats, adding the caveat that saturated fats ought to be replaced with unsaturated fats. But Dariush Mozaffarian, a cardiologist, epidemiologist, and dean of the Friedman School of Nutrition Science & Policy at Tufts University said that in his view, the Dietary Guidelines have yet to retreat far enough from the idea that saturated fat is a dietary evil, and their suspicion of whole milk is a good example. Judging a particular food solely on how much fat it contains, he said, can too easily blind people to its other benefits.

“If we are going to make recommendations to the public about what to eat, we should be pretty darn sure they’re right and won’t cause harm,” Mozaffarian said. “There’s no evidence that the reduction of saturated fats should be a priority.”

In support of their position, they point to the trials of statin drugs, which show that the drugs lower “bad” cholesterol levels and lower risks of heart disease.

There is a “mountain of evidence” explaining how consumption of saturated fats raises the risk of heart disease, said Penny Kris-Etherton, a nutrition professor at Penn State University and a former member of the Dietary Guidelines advisory committee.

Over the long tortured course of fat research, it certainly seemed at times that there was strong evidence in the case against saturated fats.

The history of the fat warning is usually traced to the work of Ancel Keys, a scientist at the University of Minnesota, whose study of heart disease in the 1950s startled the medical world.

Keys examined fat consumption and rates of heart disease in various countries. In place where people eat lots of fat, he found high levels of heart disease. One of his famous charts, from 1953, showed that in the United States, where close to 40 percent of the diet came from fat, people suffered a disproportionate number of heart disease deaths. People in Japan and Italy, by contrast, consumed less fat and died of heart disease less often.